Banks in the U.S.: Three Advantages of Fintechs for Non-Residents 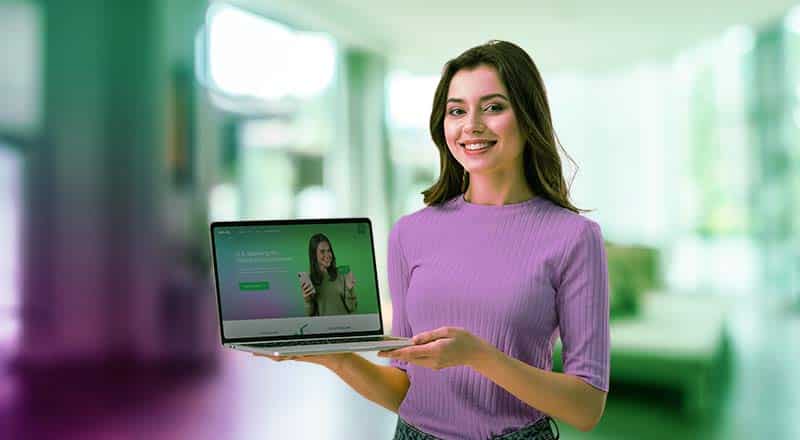 Opening a bank account in the United States is one of the first steps for entrepreneurs who want to start an American business. While it is true that this process used to represent difficulties for non-U.S. resident entrepreneurs, fintechs and neobanks have helped clear the way for success.

While the emergence of technology companies like fintechs and neobanks is nothing new, the Covid-19 pandemic has caused us to perform everyday tasks virtually. In turn, this has accelerated the emergence and adoption of new digital platforms worldwide.

Many processes have become simpler with the advent of new technologies, including opening a bank account in other countries like the United States. However, what exactly are the advantages of fintechs for entrepreneurs?

Accessing your bank account whenever and wherever you want is one of the key advantages of digital banks or fintechs. For example, consumers mostly made market purchases (61%) or entertainment purchases (74%) online during the pandemic.

This new era of digitalization has also reached banking services. According to a report published by consultancy McKinsey, 73% of banking activity during the pandemic was virtual. Furthermore, 21% represented first-time users of digital platforms.

In addition, more people prefer to do their banking directly from their devices: three out of four Americans have accessed their bank through their cell phone, according to data from the Ipsos-Forbes Weekly Survey.

The rise of fintechs and neobanks has also made it easier to open a bank account in countries like the United States. According to the U.S. Small Business Administration (SBA), it is essential to have a bank account when you start managing your company’s income and expenses in the U.S.

There are several common elements for opening a business bank account in the United States. According to the SBA, you generally need to meet specific requirements, such as your company’s articles of incorporation, Employer Identification Number (EIN), and business license.

In addition, many traditional banks require a SSN (Social Security Number) or ITIN (Individual Taxpayer Identification Number). They may even require the physical presence of the business partner at a branch to complete the account opening.

All these requirements can slow down the opening process, especially for non-resident entrepreneurs. In this regard, fintechs and neobanks such as globalfy can make the step-by-step process uncomplicated and facilitate access to bank accounts in foreign countries.

Another advantage of fintechs is the control it gives users over their finances. The ability to view statements and account balances online (33%), transfer amounts to other accounts (31%), or pay bills (28%) are some of the features most valued by users of digital banking platforms, according to the annual Ipsos-Forbes report.

Globalfy is the first neobank developed exclusively for non-U.S. resident international entrepreneurs who want to be part of the world’s largest economy.

To open a business bank account with globalfy, you only need to:

These four requirements are enough to open a business bank account without traveling to the United States and paying opening or maintenance fees.

In addition, globalfy offers its clients facilities, such as the Compliance Calendar and integrations with platforms like Quickbooks and Xero. We have everything you need to help your company conquer the American market!

Take advantage of the ease of fintechs and participate in the U.S. economy

Opening a business bank account is an essential step for operating in the United States. How can you do this easily and without traveling to the U.S.? With partners like globalfy!
If you want to be part of the world’s largest economy, join the globalfy waiting list and take advantage of the services of a neobank designed for entrepreneurs like you. Join the waiting list here!

PrevHow to Open a Business Bank Account in the U.S.
Is it true that LLC sole member/disregarded entity pays no US taxes?Next

Is it true that LLC sole member/disregarded entity pays no US taxes?

Find out which state to start a business in the US

Banks in the U.S.: Three Advantages of Fintechs for Non-Residents

PrevHow to Open a Business Bank Account in the U.S.
Is it true that LLC sole member/disregarded entity pays no US taxes?Next

What is the difference between an LLC and a CORP?

How Business Taxes in the United States Work

Choose what you want: